At our house, the viewing of The Santa Clause Trilogy is a huge deal. We get in our pjs, make some hot chocolate, grab some leftover Thanksgiving pie, and settle in front of the tv for some holiday fun. 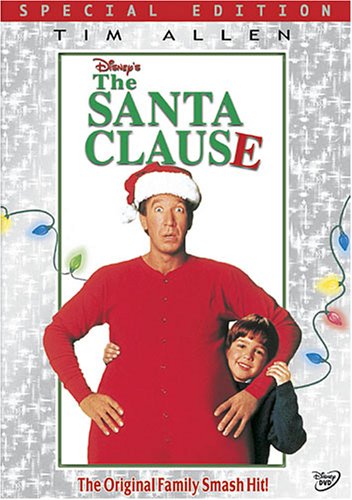 On Thanksgiving night, we start with the original Santa Clause movie. Tim Allen brilliantly plays Scott Calvin – a rather reluctant Santa Claus who is thrust into the job when the previous Kris Kringle falls off his roof on Christmas Eve. At the urging of his young son, Scott grudgingly finishes delivering the toys for the night. After all the gifts are delivered, he commands the reindeer to go home. To his shock and dismay, they take him to the North Pole where he is informed by the head elf that he is now the new Santa Claus.

When Scott wakes up the next morning, back in his own bed, he assumes it was just a dream. Throughout the rest of the movie we see Scott’s journey from skepticism and disbelief to finally embracing his role as Santa Clause at last.

In my opinion, the scenes at the North Pole are among the best in this movie. They really did a great job of bringing this magical place to life. It is just like I imagined it would be when I dreamed of the North Pole as a child.

With plenty of heartwarming and funny moments, The Santa Clause is a fun movie the whole family can enjoy. 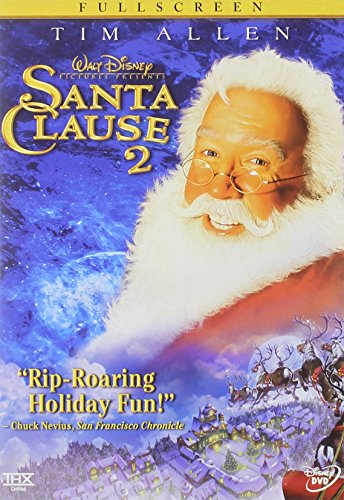 The Friday after Thanksgiving, we watch The Santa Clause 2. I have to admit that I never hold high hopes for sequels. They rarely are as good as the original. However, I was pleasantly surprised by The Santa Clause 2. In fact, this movie is probably my favorite out of all three.

The premise of the second Santa Clause movie is that Scott needs to find a Mrs. Claus by Christmas Eve or he will cease being Santa. To help run the North Pole while Scott is looking for a wife, the elves make a plastic replica of Santa who ends up being a bit of a dictator, complete with an army of tin soldiers. Fake Santa thinks all children belong on the naughty list and wants to give them all coal for Christmas. Will Scott succeed in finding true love? Or will plastic Santa succeed in ruining Christmas for everyone? You will just have to watch to find out!

The Santa Clause 2 features an expanded cast of characters including more elves, a cute reindeer-in-training, as well as some beloved make-believe childhood characters like the Easter Bunny and the Tooth Fairy. With all the heart and humor of the original, The Santa Clause 2 would be a great addition to your holiday movie library.

The Santa Clause 3: The Escape Clause 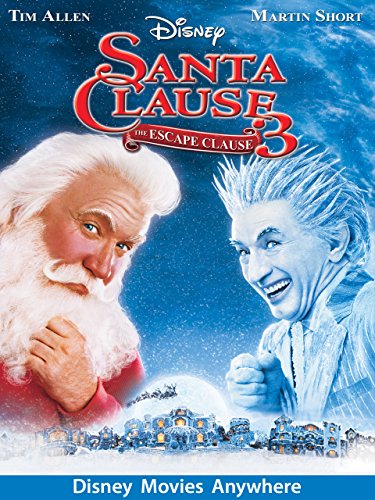 The Saturday after Thanksgiving, we finish up watching The Santa Clause trilogy. In The Santa Clause 3, we have one stressed out Santa! Mrs. Claus is about to give birth right during Santa’s busiest time of year – Christmas.

To make things worse, Jack Frost, wonderfully portrayed by Martin Short, is creating all sorts of mischief. In an unfortunate turn of events, Santa is tricked into giving up his job to Jack Frost, who promptly turns the North Pole into a theme park. Will Scott ever get to be Santa again? Or will Jack Frost destroy the magic of Christmas forever?

In my opinion, this third installment in the Santa Clause series is every bit as good as the original. Whether you are a child, or a child at heart, The Santa Clause 3 is a great way to put a little bit of magic in your holiday season.

Funny and heartwarming, The Santa Clause Trilogy is must-see holiday viewing at our house. If you haven’t seen any of these movies before, I highly recommend that you watch them this Christmas. They are great fun for the entire family!  So tell me… Have you seen the Santa Clause Trilogy?  If so, which of the three is your favorite?

This site uses Akismet to reduce spam. Learn how your comment data is processed.

Welcome to A Heart Full of Love!

Recipes, Crafts, Tips, and More for the 21st Century Homemaker!

I am a Southwestern Ohio Mom Blogger, Child of God, Wife to my High School Sweetheart, Mom to 4 Great Kids, Memory keeper, Crafter, Letterboxer, Frugal Shopper, Organic Gardener, Avid Cook and Baker... yep that about sums it up!

Receive our updates by email.

A Heart Full of Love participates in the Amazon Associates program as well as other affiliate programs. The links on this site may be affiliate links. This means that we earn a small percentage of any sales generated from these links. This helps to support this website. If posts are sponsored or if a complimentary product has been received for review, it will be stated at the beginning of the post.

Website Graphics from the Owl Always Love You Pack at Just So Scrappy.

The content of this blog is protected by US copyright law. Please do not use any materials from this blog without permission.